How Your Brand Can Redefine the Beverage Industry

Emerging brands all have one thing in common: they’re looking to reshape the beverage industry and cater to the evolving needs of consumers. So what can your brand do to disrupt tradition, redefine the industry, and build your business the way you’ve envisioned? 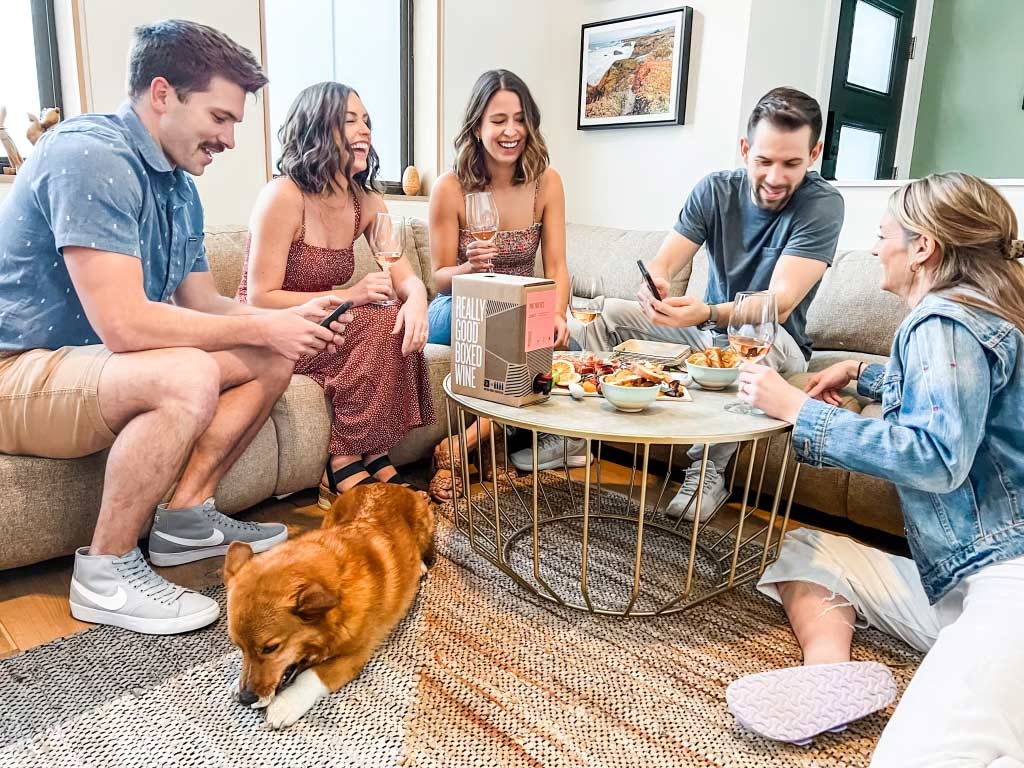 Strategies to Design, Market, and Build a Revolutionary Brand

In a crowded and competitive industry like the wine and beverage space, it can be difficult to build your brand from the ground up while staying true to your core values and vision. Fortunately, brands from all corners of the globe have proven that the sky’s the limit when it comes to brand creation. From design and packaging to marketing and distribution, there are many routes you can take to help your brand flourish.

The Benefits of Boxed Wine

Jake Whitman saw a hole in the beverage market: there were many cheap boxed wine options, but there weren’t many high-end brands in the boxed wine category. Looking to save the planet without sacrificing premium wine options, Jake created Really Good Boxed Wine. Their product is comparable to wines produced from small, family-owned Sonoma wineries — without the environmental impact of bottles.

As consumers move toward alternative packaging, Really Good Boxed Wine offers up a perfect solution to their needs. Boxed wine has a 50% lower carbon footprint than bottled wine, is super portable, and stays fresh for six weeks after opening (which is 20 times longer than a regular bottle).

“We really set out to focus on what’s great about boxed wine — all of these things that actually make it better than bottled wine in a lot of ways, but just disrupt that area of quality — and put significantly higher quality wine into this format.”

How to Grow Your Brand

How does a new brand make a name for themselves? People are often tempted to keep moving as fast as possible after launch, but you have to test the market to understand what works and what doesn’t. Testing allows you to obtain real data without blindly throwing $100,000 into your strategy.  Jake says that when you begin assessing the market, use smaller activations to test your hypothesis. Once you figure out what works for your brand, you can inject more capital into a dependable strategy. When Jake first began testing the market with Really Good Boxed Wine, he saw great success with their concept. In one test launch, their boxed wine products sold out within five days. However, Jake soon realized that the brand wasn’t exactly what he had in mind. He wanted a more handcrafted, producer-friendly feel (think Brooklyn hipster wine shop). So, he decided to redesign after a couple of pilot launches, fulfilling his creative vision for Really Good Boxed Wine.

Tips for Working With Influencers

In today’s climate, marketing is less about telling your consumer what’s so great about your brand and more about meeting the consumer where they are with a fun conversation. That’s why advocacy influencers have grown in popularity. But is influencer marketing right for your brand, and how do you go about it without getting overwhelmed? By definition, influencers are simply people who are influential to their audience. They don’t have to be on Instagram or TikTok —  they’re just influencing people who trust them, in whatever space that may be. Even the cheesemonger at your local shop is an influencer for people in the neighborhood buying cheese. So, you don’t have to go searching for influencers on any big platform — they just have to be excited about your brand and willing to share authentically with their audience. But here’s the key to success when working with influencers: avoid a forced brand message. Instead of telling your influencers exactly what to say, let them speak about what they like about the product. It shouldn’t feel like an ad — it should just feel like a friend recommending a product. 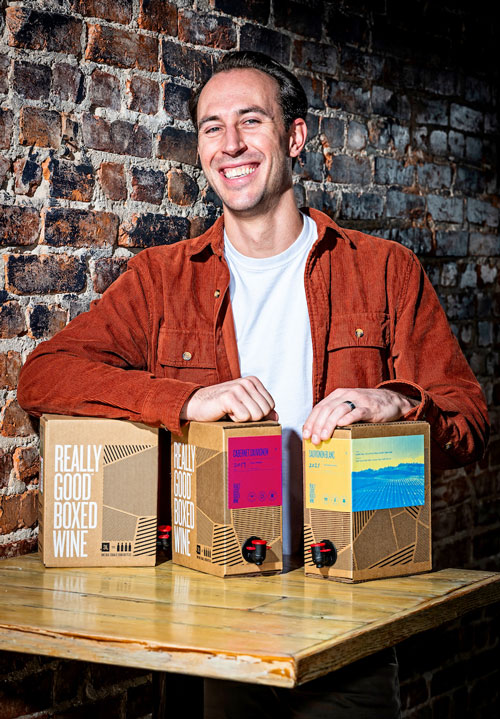 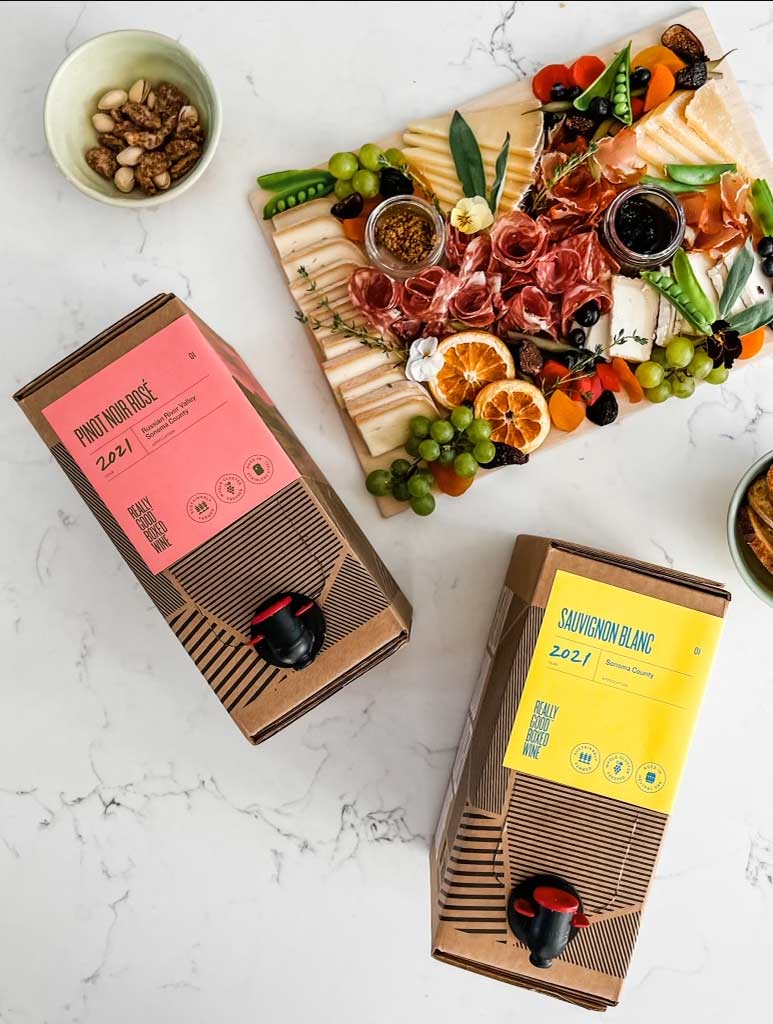 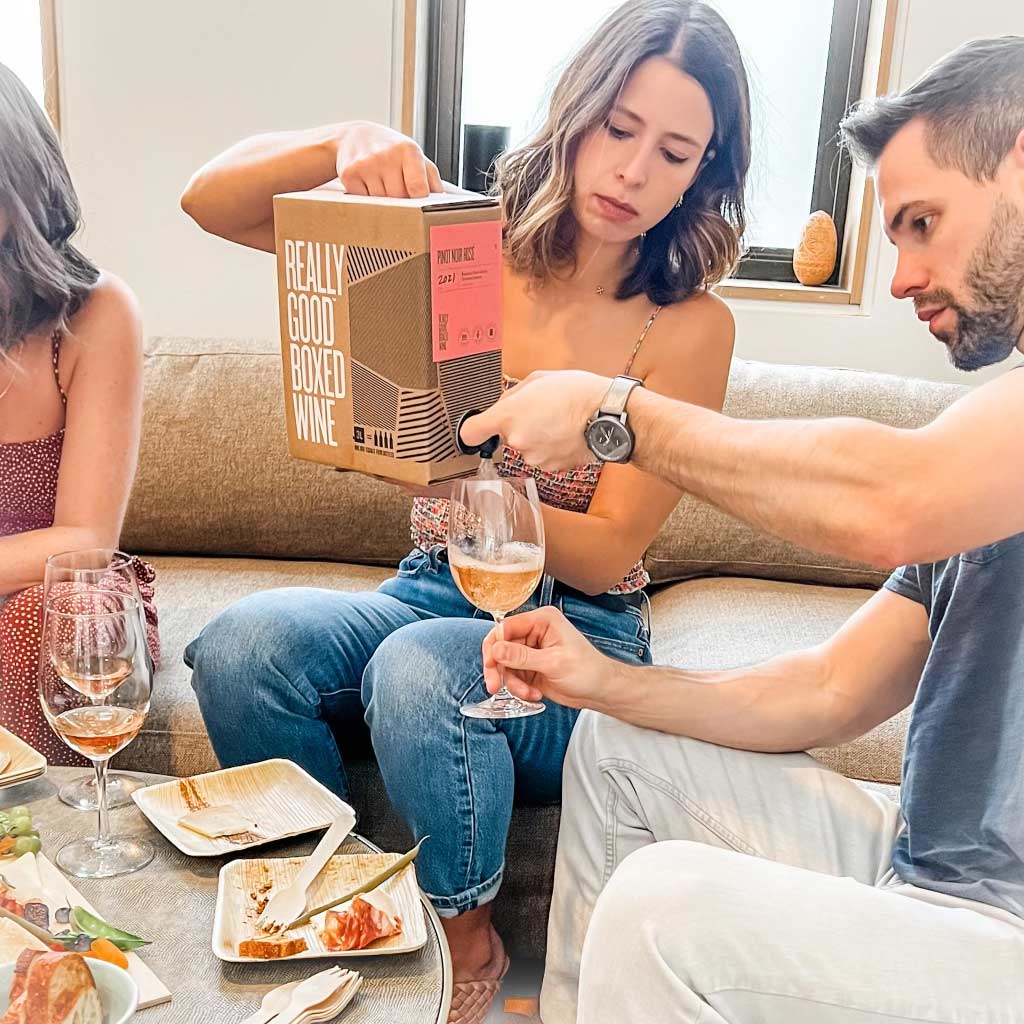 The Pros and Cons of Direct-to-Consumer

Really Good Boxed Wine sells 100% direct-to-consumer through their website. But what are the pros and cons of DTC? According to Jake, DTC infrastructure is being built out as more consumers demand it. But it comes with its share of challenges.

When your brand goes the DTC route, you can’t sell your beverages in bars or grocery stores. Typically, you can’t sell your wine through traditional channels, losing out on that revenue. There are certainly limitations, but they don’t outweigh the great features of DTC.

On the plus side, licensing and fulfillment centers have come a long way in the last few years, making it easier than ever to connect consumers with their favorite wine.

DTC lets producers control their product and customer relationships more. You have more freedom to play around with pricing and quality, for one. Plus, you can ensure that your brand is being shipped into the hands of consumers exactly how you want.  When you’re not trapped in the three-tier system, you have more room to make your brand yours.

Check out the full episode with Jake Whitman here.

Celebrating her 20th year at the helm, our fearless leader Scout believes in bringing her studio’s pan-industry acumen to an industry seeking to connect with broader audiences. She was honored to judge BTI’s International Packaging Design Awards as well as the 2020 and 2021 Restaurant Development + Design Magazine Awards. Get to know Scout on our Podcast, VINTed or on her feature on Wine Women Radio.

Listen to the Podcast Episode

As the design studio behind the nation’s largest wine club, VINT can help you bring your winery’s lifestyle brand to life. Our dedicated brand strategist and power house, all-woman team of designers is available to help you define what lifestyle means for you and your customers. Contact us today.